Prepping is in the news, on TV and becoming a national ‘hobby’.  The need for preparedness is nothing new to members of the church, but perhaps we need to look at our actual preparedness status through the eyes of some of the folks featured in the Preppers TV shows.  Below are some of the subjects they’ve discussed. 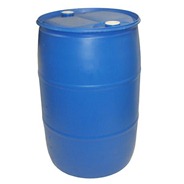 It is extremely hard to grasp how much water we need in storage.  Experts tell us we need at least a gallon per person per day.  Try living on that amount for a few days.  You know how it is when you go camping or hunting.  By day three or four, we stink, we itch and our digestive tracts are telling us that we haven’t been drinking enough water.   Add these impacts to the stress of the world we know and love being in turmoil or even lying about us in destruction.

We all need a LOT of water in our storage.  In my personal situation, our home is on an earthquake fault that hasn’t released much energy for a long time.  The clock is clicking.  If, no when,  a big quake hits us, water pipes are going to break.  A lot of them.  We need to store a lot of water for that eventuality.

Do you have emergency water storage in your home or apartment?  If not, you’d be well advised to start storing some and rotating it on a fairly regular basis.

I love grains.  I always ate handfuls of wheat, oats and barley while feeding the chickens as a kid.  It tasted better than candy.  Wild wheat along the roads and in the fields provided a gourmet selection for the grazing of this young, voracious preteen locust.

Wheat, rice and oats continued to be a big part of my diet as an adult …. and then … I got lazy.  I don’t feed critters any more.  I don’t cook a pot of rice for dinner every day or so.  I eat Cinnamon Life cereal for goodness sake, or at least I usually do unless we run out.

During past months, Cinnamon Life has been missing or very hard to find on grocery store shelves.  I know because we’ve tried to find it.  I even looked for it on Amazon and from other vendors on the web.   They weren’t going to stop selling it and leave me in a lurch like they did when they stopped making Postum and I hadn’t heard about it.  I was going to stock up.  I’d even thought of freezing boxes of it and kicking out lesser items like ice cream from the freezer shelf to free up space.   (No, I hadn’t discussed this with my wife, so this may have not have been a feasible logistical element in the plan.)

And then, they started making Cinnamon Life again.  We missed it at first because they put it in a newly designed box that didn’t shout “Cinnamon Life” due to the color of the box.   You know what I’m talking about.  During the Cinnamon Life drought, I pulled out a container of 12-grain cereal and ‘cooked up’ a batch.  “Oh, yeah”.  “This is good.”  “How did I forget how good this is?”  Of course, I couldn’t remember exactly how big a handful to throw in the pot for just me, but so what if I made a little too much?  I’d simply eat it.  You don’t toss that last bowl of 9-bean soup and you don’t toss that extra little bit of 12-grain cereal.  Only crazy people would do that, so I found a bigger bowl and carefully scraped every last grain.

“How was the cereal?” asked my non-cereal loving wife.  “It was great! ... although I may have eaten a little too much.”

Skip forward three or four hours.   You know where this is going too.  This grain loving country kid had let his digestive tract forget how much it loves grain.  It thought that grain was an enemy!

I was very happy that the water lines here at home weren’t broken …  Several times..

I’m introducing my innards to my old granular friends again.  It is happening slowly, but the affection is growing.  The finely ground flour in our diet is diminishing.  Beans are on the menu (my menu, Sister Drew doesn’t care for them) more often.   I’m really happy that the digestive training regimen is happening now and am happy I’m not engaged in it when our only shopping is from our food storage.
If you’ve been lazy too, seriously consider changing your ways now while you can.  Train, train, train your gut to love coarse food elements.  You do have wheat and beans in your storage don’t you?

How old is too old?

Recently, the cable line failed where it came through the wall into our house.  When I built our home, I included a conduit through the foundation just for cable TV.  I forgot that I’d located it in the corner of the storage room where I’d eventually store 6-gallon buckets of wheat and beans.  My hindsight is still very accurate.


There aren’t too many buckets in the way but they all had to be moved to pull the new cable.  Some of them blinked a number of times when light hit them.  Many had forgotten that such a thing existed.  The freeze dried potato slices and pearls  that I’d filled some time ago, experienced the most surprise in this new reality, so I thought I should take some of them upstairs to introduce them to light for the rest of their lives.

We’ve eaten the contents in most of them now.  We got full but I’m not sure how much nutrition was associated with the old contents.  I’m also not sure that I cared for their texture in a reconstituted state.  Their younger cousins taste and fill out better.

We try to rotate our storage but it doesn’t happen as quickly as it did when we had a house full of teenagers.  Maybe, that logistical element in our storage plan needs to be revised too.

How about you?  Even with your herd of locusts, are items in your storage being rotated with some frequency?  If not, go spelunking this weekend and let the light shine where it hasn’t for a long time.  Bring some of the stuff from the back and bottom to the top and include it in your current menu.

How does it taste to you?  Is it just filling or is it something you’d like to eat every week?  Don’t toss the remnants from the cans though.  Give them to Dad.  He can’t stand to toss great stuff like that.  He’ll eat all that is left.

adjusted numbers.  It was time to recharge the AA rechargeable batteries in them.  80% of them failed to charge!  I had purchased the best Sony rechargeables but charging cycle 10 was the last dance on their dance cards.

Those losers have been replaced with Eneloop brand rechargeables now.  They say that 1500 they have a 1500 recharge life and I tend to believe them.  Almost everyone on Amazon says so, so it must be true.  As it turns out, my battery engineer friend confirms it.   If you are using rechargeables in your emergency kits, replace the ones in your radios with the 2500 watt-hour Eneloops batteries.  The rest of your stuff will work fine with the less expensive 1500-watt hour Eneloop version.  Choose the right battery.  It will save a lot over the life of your devices.